In a constantly changing world where the offer should be proportional to the quality of service, it is important for any company aspiring to the satisfaction of its customers to be part of an innovative dynamic. Combining know-how and responsiveness requires knowledge and professionalism, a challenge faced by companies in the maritime and port activity. Committed to provide customized solutions while guaranteeing optimized time and cost savings, ICOMA Logistics remains attentive to the needs and problems of its customers in order to offer ever more advice and services. Specialized in shipping, stevedoring and logistics operations in Cote d’Ivoire ports. Icoma Logistics provides a communication channel for each project in order to adapt to the conditions of each situation to optimize the interventions of our teams in real time.

The challenge of an enthusiast 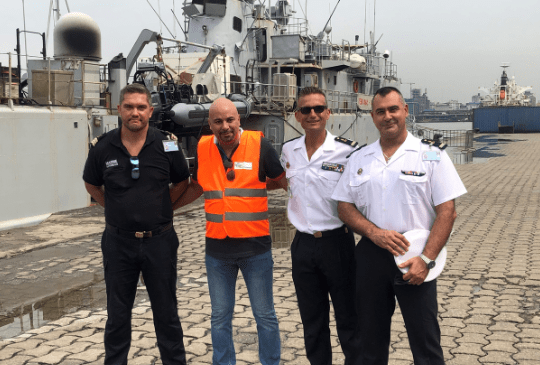 Passionate about challenges Nabil FARAJ is an experienced worker, who took his first steps internationally in 2005 at MSIAD as sales manager. Keen to always learn and go beyond his limits, he joined the Italian giant MESSINA LINE in 2008 as Sales Director. From there, his career took another turn thanks in particular to his reforms aimed at identifying problems and optimizing costs and deadlines (Navigation, Storage & Deliveries), the strategy paid off because in less than 3 months the volume of activity and turnover are tripled, the group accentuates its leadership in CI and proceeds to the opening of an agency in San Pedro.

A tireless worker, having built a solid reputation in a few years, he was approached in 2017 by Pro Shipping-Group to ensure its development in West Africa. Thanks to his expertise and his network, he explodes the objectives assigned to him in less than a year.

Aware of its potential, he doesn’t surprise the Ivorian port world in 2020 by initiating the creation of Icoma Logistics, with a clear objective: Simplify port operations and streamline the customer journey by relying on new technologies and customized advice. With a wealth of hard-earned experience, Mr. Nabil FARAJ aims to be the first player to integrate respect for the environment into processes and storage areas (rainwater harvesting, use of solar energy, being less polluting).

To become a reference company in the sector in Côte d’Ivoire and in Africa by 2027.

To be the first player to integrate respect for the environment into processes and storage areas (rainwater recovery, use of solar energy, being less polluting).

We are committed to provide customized solutions for shipping, stevedoring and logistics to satisfy our partners, customers in the shortest possible time.

We listen to the needs and problems of the field in order to offer ever more advice and services.

We adapt to the conditions of each situation to optimize the work of our teams and customers. (Regulations, weather, piers, schedules, safety, etc.).
-> Better performance, better profitability.

We provide you with a privileged communication channel for each project.
Our team is in contact with you to follow your file in real time.
-> More transparency and responsiveness.

Thanks to our knowledge of the port and the regulations, you benefit from valuable advice to prepare your project. Our methods guarantee you optimization of deadlines and costs.
-> Anticipation and better immersion.